We witness that street events flare up from time to time around the world. Is it possible to predict these events in advance? For example, were the popular uprisings called the Arab Spring predictable? Besides, is the analysis of the market timing indicator developed by Morgan Stanley sufficient to follow the market closely and act at the appropriate time?( Morgan Stanley Combined Market Timing Indicator (CMTI): The CMTI is an average across the risk, fundamentals and composite valuation Indicators, see at: https://www.morganstanley.com/wealth-investmentsolutions/wmir-definitions)

The combined market timing indicator  (CMTI) is evaluated between +/- 0.5 bands. It is like a guide to use the signality of this indicator correctly. It is based on the trend of the indicator within the time series.

If the indicator goes above the 0.5 band, it is a sell signal, and when the band goes below 0.5, it can be said that the market is in the appropriate time frame for buying. Of course, although this is not one hundred percent certainty, it is one of the important indicators. 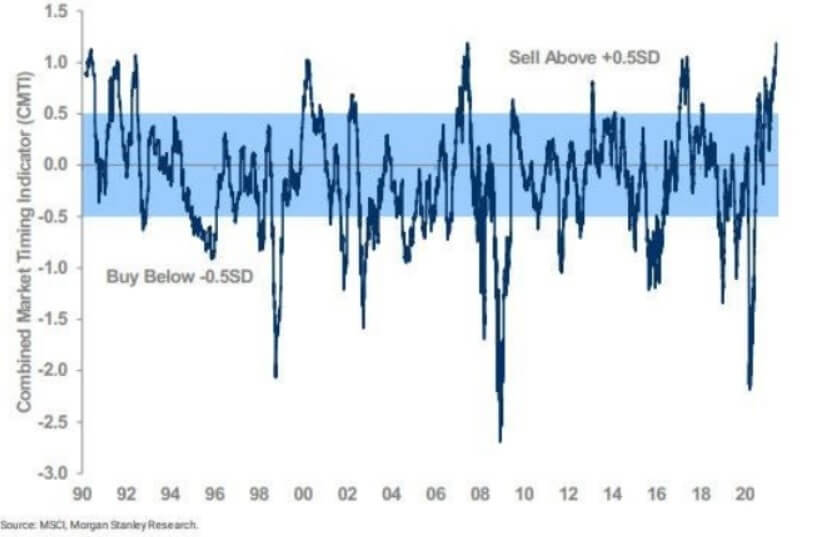 For example, as seen in the chart, before the 2001 dot.com crisis, that is, at the end of 2000, the indicator rose well above the 0.5 band and reached around 1.0. Sales started right after, which triggered the crisis.

Another example is seen before the 2008 crisis. The buying attacks, which gained momentum until the end of 2007, started to give sales signals from the beginning of 2008, and when the indicator reached around 1.3, the crisis was triggered by large-scale sales.

The food wholesale price index, which decreased at the beginning of the pandemic, increased rapidly and reached the highest level of the last ten years. 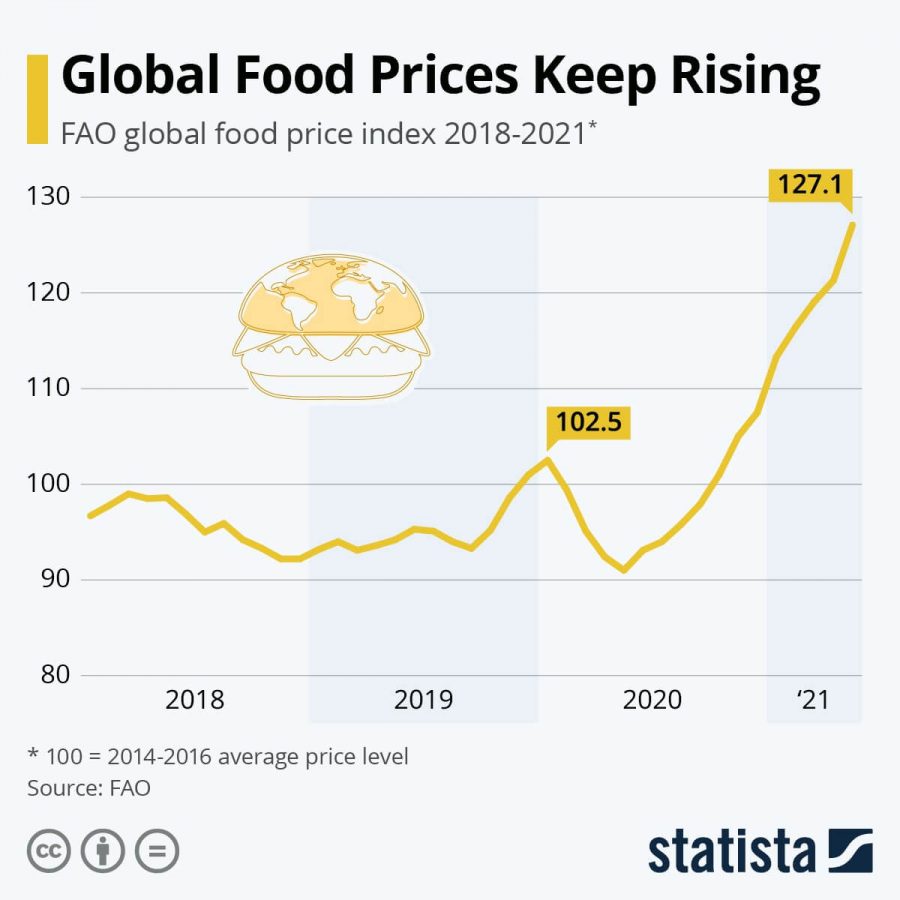 Ten years ago, in late 2010 and early 2011, the index had gone up to 140. During this period, we witnessed the popular uprisings called the Arab Spring.

Could the fact that the index is based on 130s cause new street events? If so, how will the markets be affected?

With the end of the pandemic, food prices started to increase again. A view began to emerge that made it difficult for the lowest-income segments to access food.

If wholesale food prices continue to increase in this way for a few more months, it will reach the point where the Arab Spring started. Economic indicators alone do not cause social movements. Social, political, cultural many factors together become impressive. Nevertheless, economic indicators are significantly influential. It even acts as a kind of backdrop for events to trigger.

On the other hand, the fact that the FED did not cut interest rates and was insufficient to fund the market led to an increase in the dollar-indexed exchange rates in developing countries. This shows that a serious and critical limit has been approached, considering the rapid increase in food prices.

Finally, in my previous articles, I examined different indices and talked about the signals of how close the second wave of the crisis is.

(See: Real Estate Market On The Way To Crisis,

Towards a Financial Crisis)

Among these, the combined market timing indicator developed by Morgan Stanley is not as strong as the others, but it should be taken into account.