World markets are crashing right now. This is not a normal occurrence and not an ordinary fluctuation at all. Jerome Powell said at the last meeting that the monetary committee will evaluate the decision to increase interest rates in March. That is, after evaluating the inflation and unemployment rates, it will convene regarding this decision. In other words, this explanation is not understood as an increase in interest rates, as everyone expects.

In this case, if inflation is high, interest can be increased, if unemployment is high, interest should be reduced so that investments and production increase and job opportunities increase. The Fed continues its monetary expansion. It does this by buying fewer bonds each month, but it continues. As I explained in my previous articles, the markets ballooned, especially with the fiat currencies printed after 2008. This ballooning has not yet reached the real markets. The coins printed during and after the pandemic were in addition to this. Salaries given to people while they were sitting at home started to enter the real markets when the closures were lifted.

On the other hand, it seems unlikely that the FED will stop buying bonds in March and then go for monetary tightening. If it does, the markets will crash.

The graph shows the 60-year course of US bond yields. Gray zones are crisis periods. When we examine the graph carefully, we see that the graph peaks especially before the crisis starts. Bond yields peak before every crisis.

Another important point to note in the chart is that after each crisis, bond rates go lower than the previous peak. 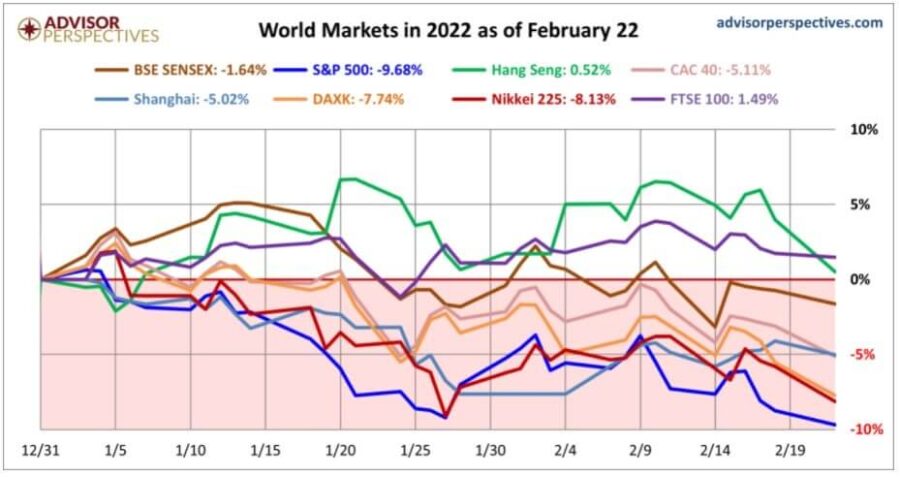 We see the latest situation in the world markets in the chart. We see that the rising trend that started towards the end of January started to break down and followed a downward trend as of February 9. As can be seen in the chart, the collapse in the markets is approaching twenty percent above ten percent. This is just one of the alarm signals.

If this decline exceeds 20 percent, it is called a “Bear Market”. 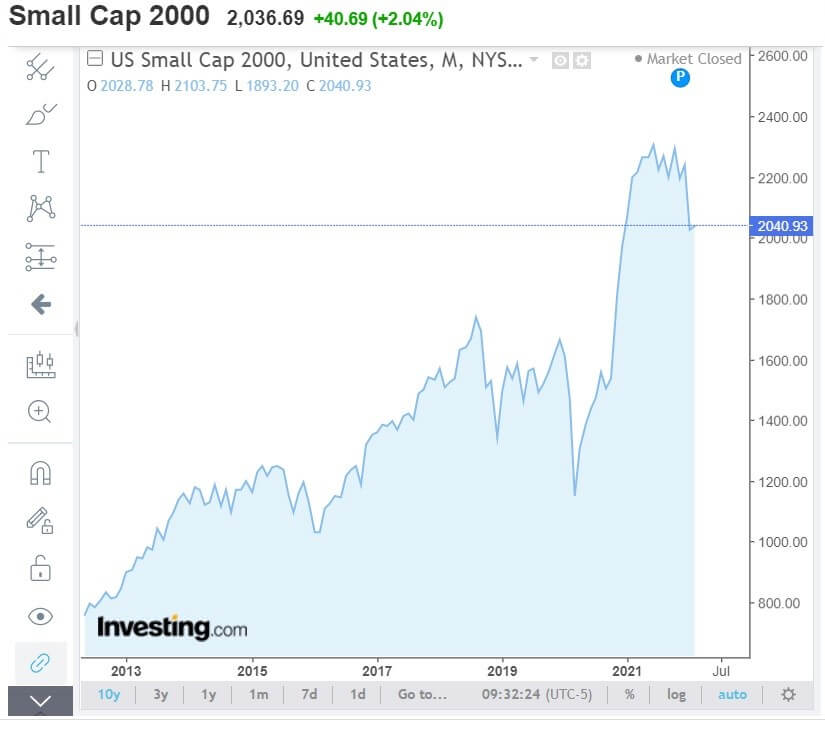 We see the US small caps 2000 index on the chart. This index is one of the important indicators about the markets. In the chart, we see that the index decreased from 2446 levels at the end of October to 2025 as of January. This is a decrease close to 20 percent.

This index is an index that includes smaller companies. In fact, they reflect more of the real economy, as opposed to those gigantic companies that have been bubble-inflated. 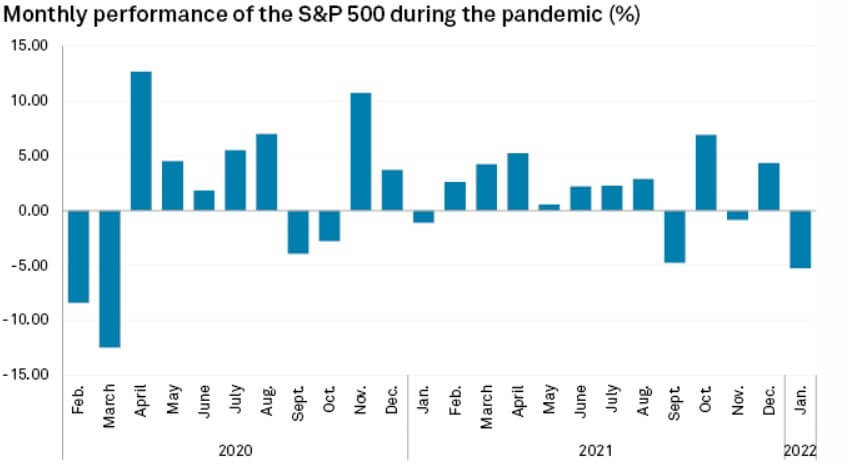 As seen in the chart, the S&P 500 index started to break down as of January. 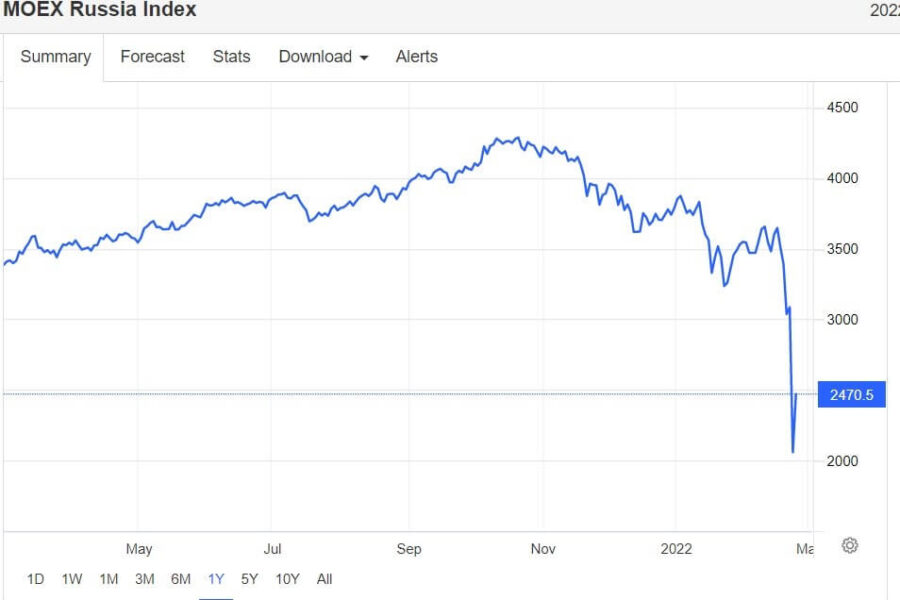 The MOEX index, which went down rapidly after Russia’s intervention in Ukraine, has also lost approximately 43 percent of its value since November. This decline in the Russian market cannot be considered apart from the world markets. It seems unlikely that other markets will not be affected by this decline. These indices seem to be deepening and bottoming out until the end of March.

While this is the case in the markets, it is debatable whether the FED will target inflation or the collapse of the markets in its new decision. This is a double-edged knife. Inflation in the United States stood at 7 and a half percent. In this case, will the FED be able to take a decision that will further collapse the already collapsed world markets by increasing interest rates and trigger the great depression? If it takes such a decision, it will mean that the system will collapse and a new system will start to take its place, and all paradigms will change.