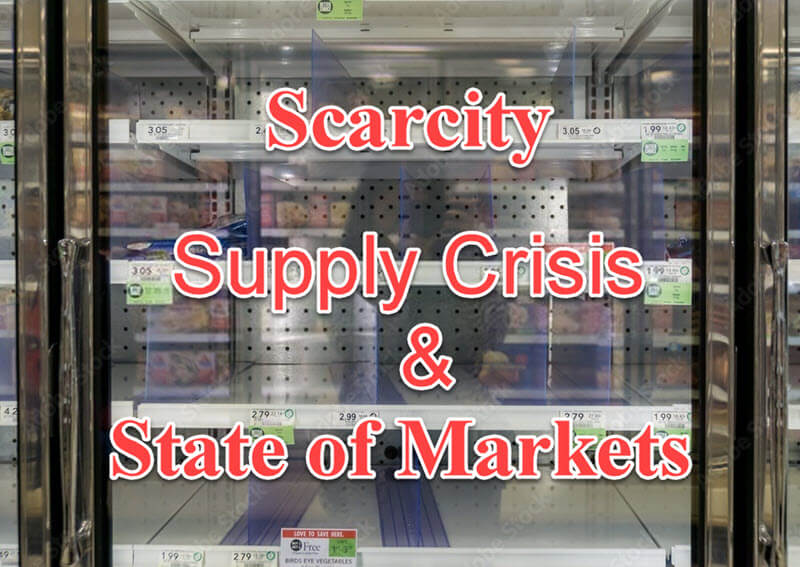 A great famine begins with the disruptions in the supply of inputs from agriculture to industry all over the world. This famine is a different famine. Namely, the shortage in the energy dimension with the crisis in Russia and Ukraine is heading towards a great disaster as China closes itself to the world again.

With Covid, most of the small businesses have been sunk. Production, sales, marketing and leasing are now under the control of large corporations. We can discuss where this will take the world. We will begin to see the serious impact of the supply crisis, which broke out with China’s closing of its ports like Shanghai to the world, on world production and markets in about six months. A much bigger food and intermediate goods and input crisis awaits us in October. This may cause stagflation to deepen even further.

What would be the consequences of large companies taking control in such a situation? Imagine if you can’t find the food or it’s overpriced, what would you do if companies offered you food cards under certain conditions? Would you accept those terms?

Could China have a plan to neutralize the US dollar by weakening it? Could it be that it is taking a common stance with Russia on this issue? With the breaking of supply chains, it may be possible for the dollar to lose its reputation in the world markets with the depreciation of the dollar in the USA, which goes into hyperinflation with prices that skyrocket especially at the beginning of winter.

On the other hand, is the Russia-Ukraine war to collapse the monetary system we have been in for the last three hundred years and the petro dollar system that has dominated for the last 50 years? Maybe this is the goal.

Even America seems to know that the petro dollar system is coming to an end and that it cannot continue. Perhaps, from this point of view, we can understand why the European Union and America want the war to continue by provoking Ukraine. In this case, the reason for high inflation and bad economy will be the Russia-Ukraine war.

The central banks of the countries that have seen the collapse of the system in the last fourteen years and the central bank of Russia increased their gold reserves. With energy prices going up, it seems that there will be no problem in Russia’s earnings. Russia actually seems to have taken precautions against a possible collapse by keeping real money such as gold and silver in its reserves. As a counter move to this, the interest rate increased by the US by targeting inflation, and gold prices also moved down. How long can the Fed sustain this? How much could it raise interest rates? In this case, wouldn’t it have brought the end of the excessively ballooned markets and caused the dollar to collapse even more? As can be seen from the chart, Russia’s oil income shows an almost hundred percent increase compared to the same month of the previous year. In this case, it is possible to say that the so-called embargo applied to Russia is not very effective.

On the other hand, Luna actually brought the Fiat money model to crypto assets. Luna was issued similarly to Treasury bonds, with Luna being priced at an UST just like American Bonds are priced in USD. Here one UST is worth one USD. Just like the US dollar, Luna has set an interest rate well above market rates for the UST to use her own. Thanks to this, Luna’s price exceeded one hundred dollars and its total value reached 40 billion dollars. It is apparent that this model of Luna is not very robust. If somehow people stop using these USTs or return the USTs, Luna’s value will start to decrease. When the value of the UST began to drop below one dollar and everyone started returning these USTs, Luna’s value fell from hundreds of dollars to one dollar. 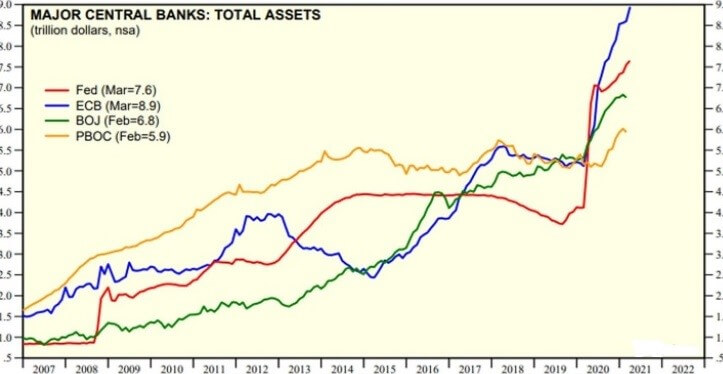 If the dollar continues to be printed, the value of bonds and Lunas will continue to decline. As of 2021, the total value of the bond market is around $119 trillion. The collapse of this market means the collapse of the whole system.