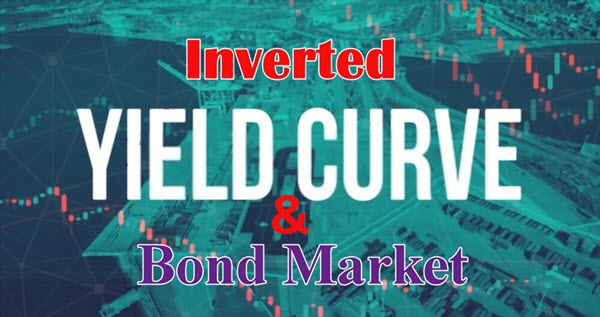 The bond market is like the pulse of the economy

It is the dream of almost every investor and economic actor to want to know what awaits the global economy in the near or far future. Of course, we do not have a magic wand for this, but there are many clues for those who can read some markets correctly.

So what are these markets? I wrote some of them on my blog. I suggest you look at the previous articles. Today, I will try to make you look at the bond market from a different perspective, which I have discussed in different analyzes before.

Bonds are actually debt securities. We can say that the bond market is also a debt market. There is interest on these debt securities. In this way, companies and governments borrow. In particular, the US government is heavily indebted.

Here is the market that we will benefit from in predicting the events that the market will encounter in the future. The fact that the US dollar is still a reserve currency used in more than half of the world’s energy trade and economic affairs ensures that the eyes turn to the decisions taken by the Fed.

Because the market for American bonds predicts everything in other markets?

Bonds up to two years old are considered short-term. The relationship between these long-term and short-term bonds is very important.

Banks, which are kind of central to the money-making system, that is, banks that create money out of nothing and operate under the central bank and produce more than ninety percent of the money in the market, work like this: while they accept deposits with short-term interest, they give loans with long-term interest.

For example, they collect deposits with a few annual or monthly interest rates. On the other hand, they also give loans to large projects with a longer term, five, ten or twenty years. This can be big long term projects, construction projects, bridge projects etc.

Why is yield curve inversion so important?

So, how long after this collapse in the markets will happen after the yield curve turns negative?

When we look at the past cycles, we see that this happened after about a year or a half.

When we look at the graph, we can clearly see this. Before the 2001 and 2008 crisis, the yield curve inverted. Finally, we see it reversed in March 2019. Even at the beginning of 2020, the yield curve seems to have reversed.

The first wave of the crisis came in March 2020, nearly a year after the yield curve inverted in March 2019.

But can’t the financial market see something so precise and clearly visible?

So how can the bond market be so sharply accurate in predicting the crisis?

There are large or even the largest investors in the bond market. Therefore, signals from this market are usually correct due to the magnitude of the trend.

Well, let’s say we take into account this serious indicator feature of the bond market and we see that the crisis is very close. In this situation, what position should we take so that we can meet the crisis in the right way?

In such a case, it is useful to have cash on hand. Because when the crisis erupts, prices will fall, so we have a chance to buy with the cash we have. As a result, when we look at the 10-year and 3-year bond rate difference again, the probability of a crisis for the short term does not seem very high. However, it is useful to continue to follow the market closely with these indicators.