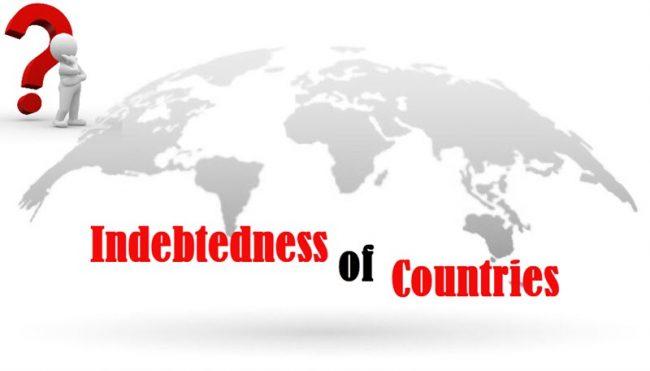 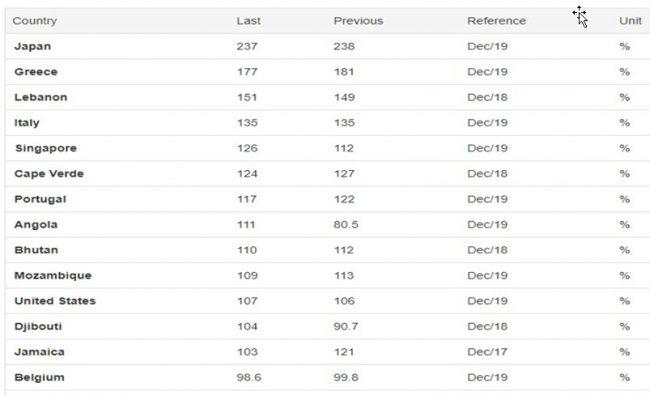 State indebtedness rates are given in the table. According to the table, the top five most indebted states are Japan, Greece, Lebanon, Italy and Singapore. Japan, the most indebted country, owes its annual output approximately 2.37 times its GDP. Then Greece follows with 1.77 times, Lebanon 1.51 times, Italy 1.35 times and Singapore 1.26 times. The USA ranks eleventh with 1.07 times. This ratio is 0.33 in Turkey (www.tradingeconomics.com/country-list/). We may wonder how developed countries such as Japan and the USA survive with these indebtedness rates.

One of the important pillars of the smooth running of things in the economy is the continuing trust in the country’s currency and the acceptance of the country’s currency in the international arena. Another reason why the indebtedness is so big is not a problem is undoubtedly the strong industrial production of these countries. In Japan, interest rates are “0”, if it is 1, there will be difficulty in paying the government debt and the risk of the economy collapsing.

See also  Is the Monetary System Collapsing ?
Share on: