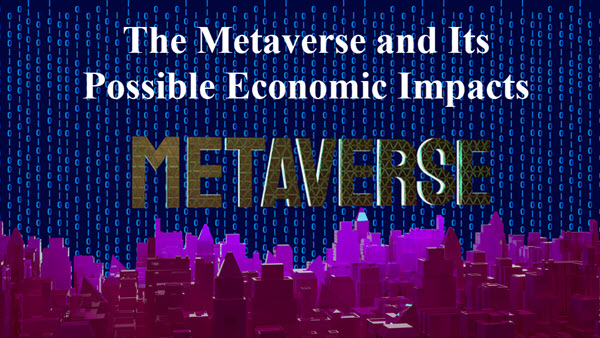 Metaverse is a brand new concept that has entered our lives. Meta means beyond, and verse is the abbreviation of universe. In short, the metaverse. In short, a new virtual world is being tried to be created. In fact, this is the newest connection project discovered after internet technology. While a computer is required to connect to the internet, virtual glasses are sufficient to connect to the metaverse. In addition, equipment such as headphones and augmented reality glasses can also be used.

A whole new world, both physical and digital.

Metaverse is a brand new application with many components such as blockchain, augmented reality glasses, hologram. What is trying to be done with Metaverse? Let’s say you are not happy, unsuccessful, or have an unexcited life in your normal life. It invites you to the metaverse and there you enter a brand new world, perhaps just the way you want it to, that is, it is impossible to do or reach in real life.

You can also earn money while doing this. You can create your own avatar in the metaverse world and start a company there. You can move your current company to the metaverse in three dimensions. In that case, will you be able to transfer the money you earn there to your real-world account? This may be the first question that comes to mind.

Actually, the name metaverse comes from a novel called “Snow Crash” written in 1992. The author of the novel is Neal Stephenson. This novel is among the 100 best novels written between 1923-2005. The plot of the novel is that governments lose control after the great economic collapse. Governments are being liquidated. Control of America falls into the hands of entrepreneurs and organizers. Los Angeles is seperated from America.

In fact, investments in this technology started towards the end of the 1990s. For example, Facebook (renamed “Meta”) made its augmented reality investment in 1997. In order to take your place in Metaverse, you must first have a digital identity. Therefore, Metaverse is a combination of virtual world, internet and augmented reality.

One of my previous articles was “De-Fi”. So, decentralized finance. Here, Metaverse could be an environment where decentralized finance can be implemented. After that, the place where companies can make their real advertisements will be the metaverse area. Let’s say you created your identity and shape in this created virtual world and carried your company to your own avatar. Instead of coming to your company from New York to Los Angeles and interviewing, you will be able to meet with your customers or partners in the metaverse.

In such a case, if your identity in the metaverse becomes more successful and effective, will the real world begin to lose its appeal after that?

How acceptable would that be? Value generally occurs when many people accept that value or asset. For example, bitcoin would not exist today if it were not accepted by many as a means of carrying value. If the Metaverse is accepted by many, it can consolidate its position and the above-mentioned possibilities can be realized. It seems to me that this is not such a remote possibility.

In short, it is possible to do everything you can do in the real world (which is questionable) and more in the metaverse world. This new virtual world is likely to be adopted by everyone. One of the reasons for this is that in the real world, people who are overwhelmed by issues such as health problems, climate crisis will prefer the metaverse as an escape.

In my previous articles, I talked about digital states, the digital world. As mentioned in the novel, with an interesting similarity, an economic chaos emerges in the world and governments lose their effectiveness. There is an orientation towards digital citizenship human beings. For example, the parties that won the election in Germany, even before they came to power, changed the unemployment benefit to the name of “universal basic income”.

Big companies are investing in the metaverse. For this it needs to be at least 6g. Quantum processors are needed. These technologies need to accelerate.

The question is: In such a fictionalized virtual world, can the system builder leave you out of the game? Or can this be reinforced with a blockchain-style infrastructure against such risks?