Cryptocurrencies continue their adventures that started with Bitcoin in 2009 by accelerating. The cryptocurrency market has grown significantly. Blockchain technology, which came to the fore with Bitcoin, seems to have an important role in the transformation of the financial and economic system.

The system we are in ignores the feature of being the basis of the future financial system, seeing the blockchain technology that will transform itself and crypto money such as bitcoin as an environment where money laundering is more common. Although cryptocurrencies have become widespread in recent years, there are also common opinions that most of them will not be in the future.

On the other hand, the energy used in bitcoin mining has attracted the attention of environmentalists, and concerns that global warming will increase if it becomes widespread.

Bitcoin and Ethereum, pioneers of cryptocurrencies, are produced through a process called mining, which uses the computer process to solve sophisticated algorithms. Huge data centers are being set up that consume huge amounts of energy to mine Bitcoin. Miners moved to China and South Korea because electricity is cheaper than in the Midwest. 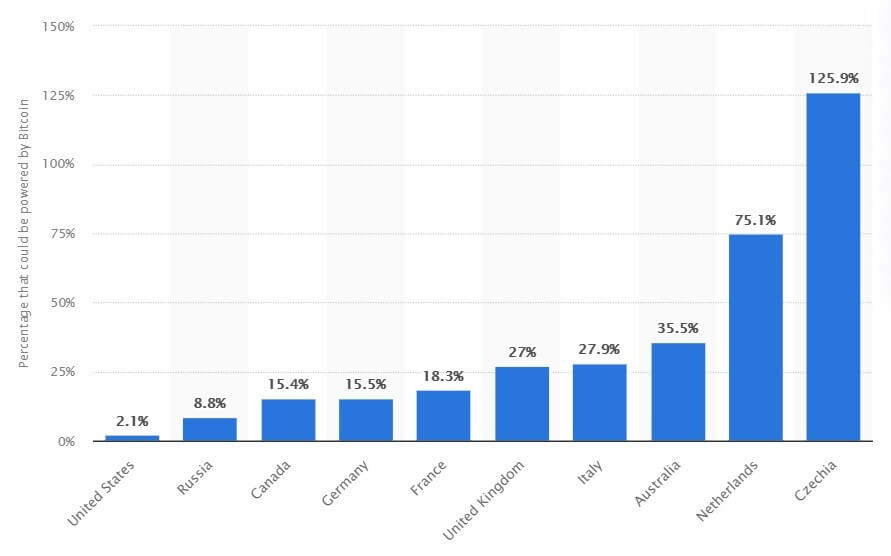 As can be seen from this, environmentalists are not wrong in their reactions. It is clear that the Proof of Work technology used in Bitcoin mining is increasingly causing high energy consumption.

Proof of Work is a system that validates functions and limits abuse by using computational resources to calculate algorithms. Mining uses more energy each year than several countries combined. This increase in energy consumption in the economy could open up a new market for utilities.

In 2017, the Venezuelan authority closed the execution of the mining process due to the illegal operation of 11000 computers. The country suffered serious consequences as a result of the consumption of electricity, including blackouts. Companies around the world are investing in more sustainable technologies to reduce the harmful effects of bitcoin mining on the environment.

Proof of Work versus Proof of State.

The main difference is that proof of work requires a very powerful external source (“mining hardware”) because proof of work is not. Proof-of-work critics argue that fewer people will be motivated to mine as Bitcoin prices/rewards/fees fall. As a result, the protection of the system is reduced. Since staking/adding new blocks to the blockchain is free, critics of staking argue that you can use it to stake multiple identical coins at the same time.

As a result, Bitcoin is produced with blockchain technology, which will form the financial and economic infrastructure of the future, and for now, the energy needed by this technology is too big for the world to handle.

However, this does not mean that the technology will be abandoned. It only reveals the necessity of searching or producing new energy sources. Perhaps in the future, new technologies will be developed that are similar to blockchain but require much less energy.

See also  Importance of analysis of Food Prices and Market Timing in forecasting market trend and street events
Share on: