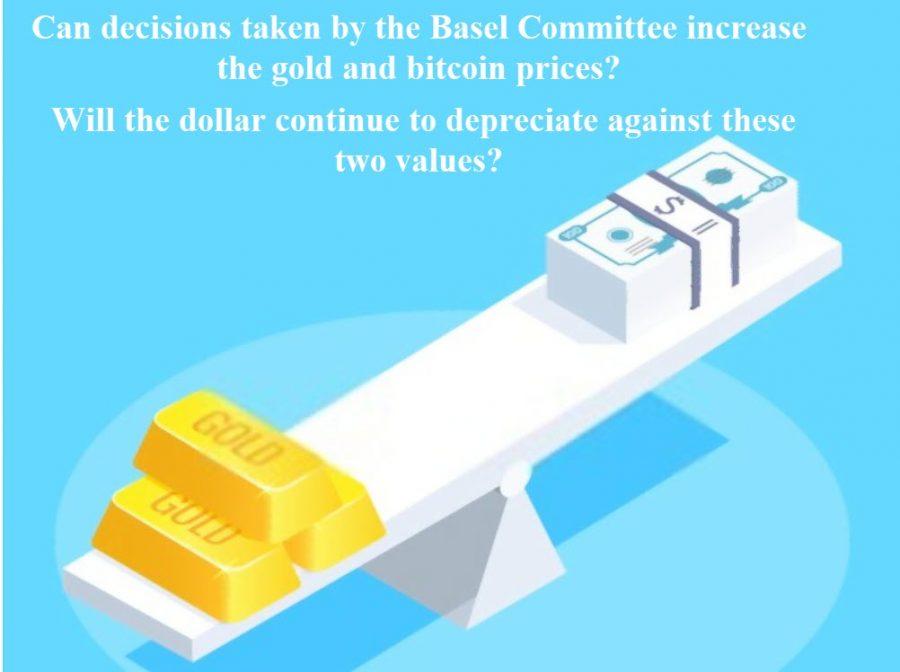 The BIS, the Bank for International Settlements, acts as the checkpoint for today’s unlimited money-based system. It was founded in 1930 in Basel, Switzerland. It is the central bank of central banks. One of the formations within this bank is the Basel committee. The task of the Basel committee (Read “Basel 3 and Gold”) is to regulate the international banking system.

This committee published a discussion paper describing precautionary measures against cryptoassets in March 2020. In the article, cryptocurrencies are divided into two main categories in terms of reliability. The first are those that are tied to the dollar and are eligible for consideration. Like tokenized assets and stablecoins.

The second is Bitcoin and cryptocurrencies, which are seen as high risk. In the first group, it is possible to reduce the risk with a few measures, but in the second group, banks can use bitcoin, etc. When they open an account, they should keep the capital as much as the account amount in their safe (https://www.bis.org/bcbs/publ/d490.pdf).

The interesting thing is that many banks around the world do not have to keep as much dollars as the dollar account amount in their cash when selling dollars to their customers, but if they are going to sell gold and bitcoin, they must keep this amount in their cash.

So, can the sale of gold and bitcoin be prevented in this way?

It seems unlikely that they will be able to prevent this. Gold has gained nearly sixfold in value over the past two decades. Bitcoin, on the other hand, has gained approximately seven hundred thousand times its value in the last ten years. For the first time in history, El Salvador declared Bitcoin legal currency and announced that it would receive a substantial amount of bitcoin.

In fact, these increases in gold and bitcoin over the years show that the dollar has lost value. Therefore, the BIS and IMF, two of the watchdogs of the dollar, felt the need to intervene in this situation.

Finally, if developing countries could avoid borrowing in dollars, they would not be dependent on the IMF and BIS. The only way seems to be to buy from limited assets such as physical gold and bitcoin. We must apply this to our individual lives as well.