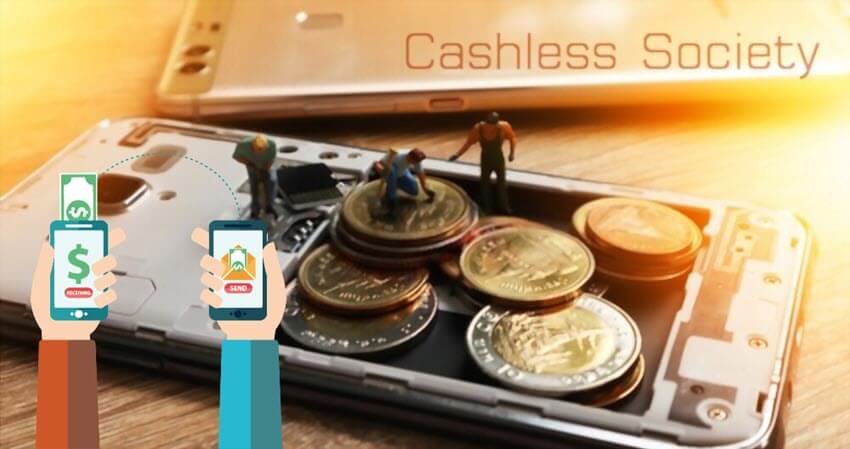 In the new economic system where money has entered the digitalization process, the concept of  “Cashless Society” has become a frequently discussed concept. The cashless society, in short, is a situation where all kinds of financial transactions are made electronically in the digital environment, not with the usual physical banknotes and coins.

With the digitalization of money, the creation process of money also changes. The partial reserve-based money creation system mentioned at the beginning of the study will also enter the process of renewal. Thus, the digital currency created by the central bank can now be directly requested from the central bank by all private and legal units in the society.   In such a case, commercial banks that are the main creators of money in the money economy and can increase this to almost unlimited amounts, will have to base their reserves on much more reliable and robust sources before creating money in the knowledge economy, and  they will probably reduce the money amount that they pressed infinitely to much more limited dimensions.

The sources of coverage will vary. In addition, the centralization created by the money economy seems to be replaced with decentralized production systems in the information economy. On the other hand, the replacement of banknotes and coins by digital currency will require the monetary policies of central banks to be adapted to the situation.In addition, the fact that money can be created on different digital platforms will bring new legal regulations including competition (Fiedler, Gern et al.2019). In the information economy, the digitalization of money in production systems causes a gradual decrease in the use of cash in economic transactions.In fact, production, transportation and storage of cash is costly. Figure shows the growth rates of non-cash transactions in major countries between 2015 and 2016.  The country with the largest decrease in cash usage is Russia with an increase of 36.5%, followed by China with 25.8%. In the USA, this rate increased by 5.7%. In short, abandoning the use of cash is actually almost global while it differs significantly between countries.

I have written before about CASHLESS SOCIETY. You can find the article here.