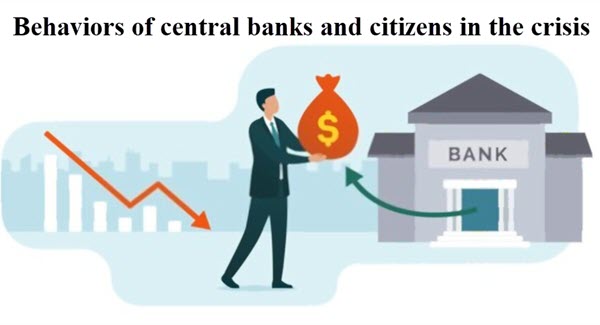 States and central banks will have to print incredible amounts of money after the crisis in order to cope with the crisis, which the current health problem has had an accelerating effect. If they do, the price increases will also reach incredible proportions, which is actually nothing but a transfer of wealth from the poor to the rich.

On the other hand, even large firms that are used to making traditional investments have started to invest in cryptocurrencies. Large pension funds have also started to announce that they will buy gold.

When people’s trust in bonds and stocks begins to wane, they start investing in real money that has intrinsic value. These are also gold and silver from time immemorial.

Because the medium of exchange that we use today, which allows commercial banks to multiply, is not actually money, it is currency. Currency does not have a value storage feature. The ability to carry and store value is only available in precious metals such as gold and silver, and it has recently been claimed to be in bitcoin (see “bad money drives out good money”, “gold and silver” “Gold price vs. US Bond rate”).

The modern monetary theory of the period we live in is actually similar to the feudal structure. We are like slaves working to pay the taxes that are the price of every currency printed.

It seems reasonable to invest in gold, silver and bitcoin to prevent the depreciation of our currency. But I should also emphasize that there is no market where two-thirds of the world can buy gold.