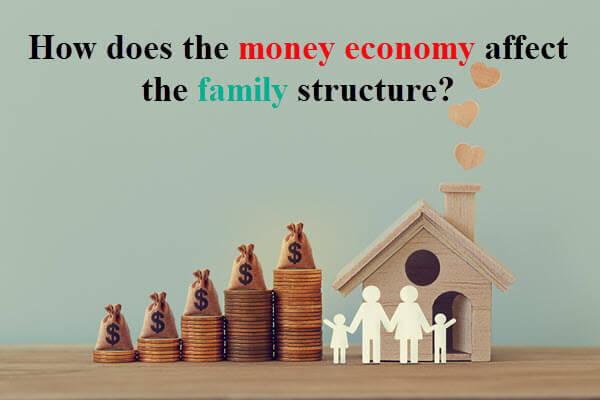 With the centralization of population, production and therefore job opportunities, the urban life has come to a point that threatens human health, which has caused health services to be large and centralized.

While all kinds of centralization reduced productivity over time, it slowed down the fast pace of work and made bureaucracy chronic. To give an example of the centralization of the money economy, as the Swiss Federal Institute of Technology stated in its 2011 report, approximately eighty percent (80%) of the approximately 40 million companies operating in the world are controlled by 737 companies.

From this, we understand that these 737 companies actually drive 80% of the world economy (MacKenzie, D. and A. Coghlan (2011). Revealed – the capitalist network that runs the world). Another important problem arising from the central structure of the system is the inequality of income distribution. For example, the income of 85 people in the world is equal to the total income of 3 and a half billion poor people (www.oxfam.org).

The other two most important sectors in which centralization has visibly strengthened are the media and banking sectors. For example, while approximately 50 companies were operating in the media sector in the 1990s in the USA alone, this number has decreased to 6 in the last situation. Likewise, this number has decreased to 4 in the banking sector, where approximately 40 banks operate. (www.statista.com). It seems that centralization is not just a monopoly of socialist regimes.

As can be seen from the examples given above in money economy, centralization is inherent in the system. In the socialist system, where the central authority is usually the state, economic decisions are naturally taken by the state, since the capital belongs to the state. One of the important indicators of this is the ratio of public expenditures to GDP, which is measured as a year’s total production value. This ratio gives an idea of ​​how much the state controls the economy and in developed money economies of the world, for example Europe, 49% (www.ec.europa.eu/Eurostat), 42% in Japan, 40% in the USA are communist. It is 36% in Russia, which is one of the pioneers of the system, and 24% in China (Miller, T., et al. (2014). Highlights of the Essay In partnership with 2014 Index of Economic Freedom Promoting Economic Opportunity and Prosperity, The Heritage Foundation).

Nuclear families, which took the place of the large families that were disintegrated with the spread of the money economy, have also come to the point of fighting for survival and maintaining their integrity within the wheels of the system. We see that this integrity is gradually deteriorating and falling apart in an environment where more money is sought to be earned in order to live under normal conditions, with expanding egos, life flowing faster and the purchasing power of money becoming worthless day by day.

While destructing nuclear family forms isolating individuals, it has also become one of the main reasons for the prevalence of depression. In countries with strong representatives of the money economy, where the family structure began to deteriorate seriously, the ratio of the nuclear family to the total population decreased from 45% in the USA in the 1960s to 20% in the early 2000s; We see that it is 24% in Europe (www.ec.europa.eu/Eurostat) and around 55% in Turkey (www.tuik.gov.tr).

On the other hand, we can say that in Japan and Russia, where large family structures are evident, these structures have started to shrink and even women’s desire for marriage and children has gradually decreased (www.ec.europa.eu/Eurostat).

While the deterioration of the family structure pushes individuals to loneliness, the need for love that comes from human nature can not be fed from this source to a large extent. As a result, the need for psychological support is increasing. Depression has become a social epidemic. Of course, there is an economic cost to the psychological troubles that the society goes into. The worldwide population with depression was 792 million in 2017. The ratio of the depressed population to the global population is approximately 10.7%. 9.3% of this is male and 11.9% is female (Ritchie, H. and M. Roser (2018). “Mental Health.” Our World  in Data.).

To give an example of the costs of depression, according to a study conducted in Europe in 2004, it is stated that at least 21 million people are affected by depression in 28 countries with a population of 466 million. The total annual cost of depression in Europe was estimated at €118 billion in 2004, corresponding to a cost of €253 per capita.

Direct costs of outpatient treatment (22 billion Euros), medication costs (9 billion Euros) and hospitalization (10 billion Euros) are 42 billion Euros. It is clear from this that depression is the most costly brain disease in Europe, accounting for 33% of the total cost (Sobocki, P., et al. (2006). “Cost of Depression in Europe.” The Journal of Mental Health Policy and Economics 9(2): 87-98.).

See also  Towards a Financial Crisis

As can be seen, where the money economy has come to an end, it becomes clear with various indicators and data that both financial and social and social structures do not function properly. The system is at a point where it can no longer maintain its current state for a long time, and the measures taken based on the worldwide viral disease have also acted as a catalyst and accelerated the collapse.