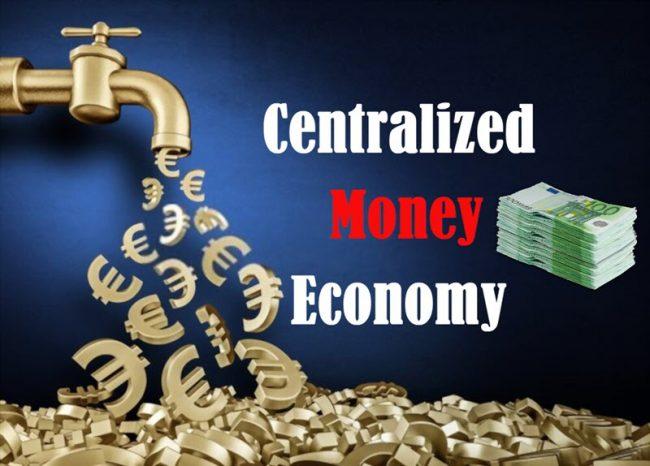 All kinds of centralization slowed down the fast pace of things while reducing productivity over time and made bureaucracy chronic. To give an example of the centralization of the money economy, as stated in the Swiss Federal Institute of Technology 2011 report, approximately eighty percent (80%) of approximately 40 million companies operating in the world are in control of 737 companies. We understand here that these 737 companies actually drive 80% of the world economy (MacKenzie and Coghlan 2011). Another important problem arising from the central structure of the system is the income distribution unfairness. For example, the income of 85 people in the world is equal to the total income of 3 and a half billion poor people (www.oxfam.org).

The other two most important sectors in which centralization has become stronger are the media and banking sectors. For example, while approximately 50 companies were active in the media sector in the USA alone in the 1990s, this number has recently decreased to 6. Likewise, this number decreased to 4 in the banking sector where approximately 40 banks operate. (www.statista.com). It seems that centralization is not an exercise in socialist regimes alone. As can be seen from the examples given above, centralization in the money economy is in the nature of the system. In the socialist system where the central authority is usually the state, economic decisions are naturally taken by the state, since the capital belongs to the state. One of the important indicators of this is the ratio of public expenditures to GDP, which is measured as a yearly total production value. This ratio gives an idea of ​​how much the state controls the economy, and in the world’s developed monetary economies, for example, 49% in Europe (www.ec.europa.eu/Eurostat), 42% in Japan, 40% in the USA, while communist. It is 36% in Russia, one of the pioneers of the system, and 24% in China(Miller, Kim, and Holmes 2014).

MacKenzie, D., and A. Coghlan. 2011. “Revealed – the capitalist network that runs the world

Miller, Terry. , Anthony B. Kim, and Kim R.  Holmes. 2014. Highlights of the Essay In partnership with 2014 Index of Economic Freedom Promoting Economic Opportunity and Prosperity. The Heritage Foundation.

See also  The Economic and Financial Implications of Web 3.0
Share on: