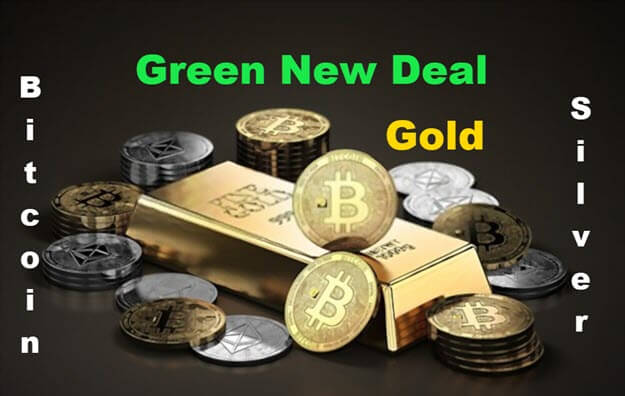 America announced that it will spend 6 trillion dollars in 2022. So why is this expenditure being made?

How will this expenditure affect the prices of commodities such as gold and silver?

Spending $6 trillion first makes everyone think that it will push up the stock market, gold, silver and bitcoin prices. This weakens the dollar and causes inflation. Will it really happen?

In fact, the US government borrowing an average of 9-10 trillion dollars every year for ten years means that a lot of US bonds are coming to the market. This means that the interest rates on these bonds will increase.

Recently, we have seen that the interest rates of long-term US bonds have increased and the dolar has contracted. Therefore, the rise in interest rates, which puts pressure on gold and silver, causes dollar-linked exchange rates to rise in many developing countries.

As I have mentioned from time to time in my previous articles, like almost all countries in the world, the American state does not have the authority to print money. If it is going to print money, it does so by borrowing, that is, it issues debt securities and bonds.

The institutions that buy these debt bonds are also the central banks. In America, this institution is the Fed. In the past, there was a high demand for these bonds from foreign investors. In recent years, trust in the US dollar has begun to wane, and due to other reasons, these bonds are not bought abroad much. Thus, it is the Fed that largely buys the bonds.

Currently, the Fed buys an average of $100-120 billion a month in these bonds.

But is this enough to rehabilitate markets?

Actually, it’s not enough. Markets It seems that the American government’s long-term increase in bond yields with this borrowing is causing the markets to think that the Fed is tapering. After the Fed started to taper in 2018, the markets started to fall and there was a repo crisis in September 2019.

In that case, does the Fed know what it’s doing? Why taper when the market needs more cash? Can markets say the economy is good if the Fed tapers? So, will they buy? What happens if there is a collapse in the stock markets in a year or two as a result of this mistake?

Finally, it seems like the Fed needs to continue printing money.

See also  Importance of analysis of Food Prices and Market Timing in forecasting market trend and street events
Share on: