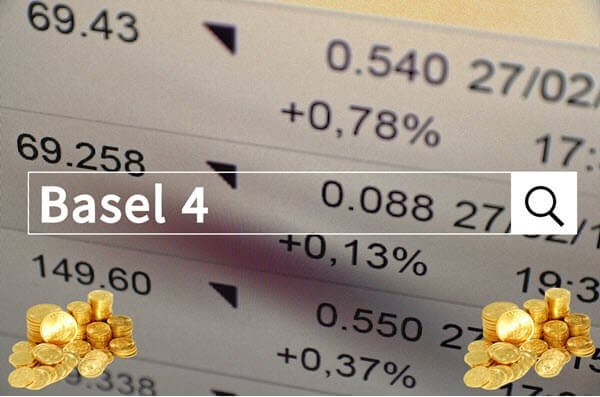 As I mentioned in my previous articles, Basel 3 is a framework developed by the Basel Committee on Banking Supervision (BCBS) in order to prevent the collapse of the financial system after the 2008 financial crisis, or rather to enable it to float. It regulates the capital and liquidity requirements of banks.

These rules were adopted on 7 December 2017 and are expected to be implemented in 2022. However, due to the pandemic, the launch date for the application has been delayed to 2023.

According to the rules of Basel IV the capital reduction that may result from banks’ use of internal models under the Internal Ratings-Based approach.

More detailed disclosure of reserves and other financial statistics.

These reforms will come into effect from January 2023 (except for the production base, which is phased and will only take full effect on January 1, 2027).” (https://en.wikipedia.org/wiki/Basel_IV)

In this case, banks’ capital holding requirements are reduced.

I wrote that the price of gold could increase in Basel 3. I would like to point out that this will also apply as a result of Basel 4 rules.

In the standard capital requirement, major banks around the world are required to hold at least 50 percent capital in their reserves.

In Basel 3 it is emphasized that this should be kept in gold. With Basel 4, Advanced Internal Rating-Based (AIRB) is also standardized. In other words, while determining how much capital the banks will hold according to their own customer portfolios in the standard method, it is desired to bring this A-IRB to a global standard with Basel 4.

Getting a loan is made harder in Basel 4. Also, you pay more when buying an asset and you can get a higher interest rate. And regardless of your credit risk. You just need to show more profit, cash or collateral. This may require people to repay their loans in a much longer term, and people may be enslaved to the system longer to pay off their loans.

According to Basel rules, big companies seem to win. I have outlined the details of this in my article entitled “Basel 3”. However, Basel seems to have lucrative effects not only for large companies but also for gold and silver. I always write about gold and silver. I write about how robust and valuable they are. I repeat again. In preparation for a new 2008-like crisis.

See also  How does the money economy affect the family structure?
Share on: