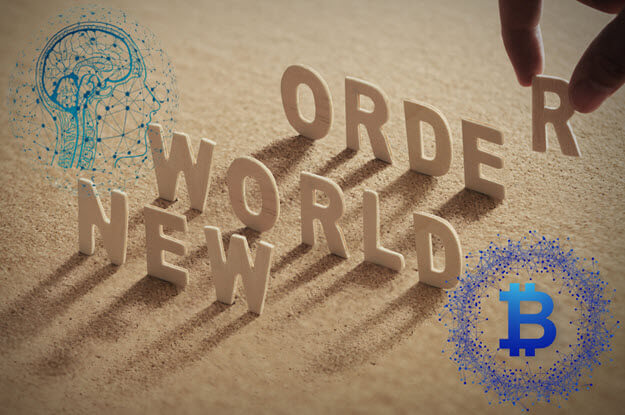 What are the components of new digitalized economy and new world order?

The world is changing. In the next century, an autonomous system is coming from industry to sociology. Robots seem to be candidates to take a significant part of our lives. This new world order, the world of the twenty-first century, seems to be the digital world.

So what awaits us in the future? What kind of economy will it be? What will be the ways to make money? Those who do business with classical methods may save the day, but the way they do business will change in the next decade. Those who are not ready for this will lose their jobs.

It is a production and economy system based on the 4th industrial revolution, industry 4.0, 5g and the internet of things.

So what is this thing we call the digital economy?

The concept of digital economy was first used by a Japanese professor in 1990. In fact, it would be more accurate to say that the economy is digitalized rather than the digital economy. At the heart of the work are advances in technology. Changes in technology affect all areas of life, from economy to sociology.

Is the digital economy just e-commerce, as many understand?

Digitalism comes under the name of globalism. Issues such as income inequality and excessive borrowing of states cause the system to clog. With the development of technology, the world, people and economy management are faced with new opportunities. Before that, the knowledge economy was frequently talked about. Now we are talking about the digital economy.

What are the main components of the digital economy?

These include people, companies and products. There is also a telecommunication infrastructure that brings these elements together. The concept of the customer is now also referred to as the online concept.

We call the digital economy the system in which all these elements are combined and transactions and shopping are made. One of the most important elements in the digital economy is data flow along with transaction speed. To get an idea of ​​this speed, let’s take the following example, in the early 1990s the daily data flow was on average 100gb, in 2017 it increased to 45,000gb per second.

An other example of how the digital economy has permeated our lives is that the advertising share of television and newspapers in the USA was approximately $70 billion in the early 2000s. This share fell to $24 billion in the mid-2010s. In 2023, it is expected to decrease to 4 billion dollars.

In short, technology is developing so fast that we are faced with a whole new world. So what will be the components of this new world?

For those who understand the new economic order well, finding a job will not be difficult. But for those who do not understand, the situation is bad.

What are the main components of digital economy?

Although this seems very true in theory, technically it is not a wall that cannot be overcome one day.

So, let’s say, actually, one hundred thousand people recorded the data at the same time. In order for the data to be changed, at least fifty thousand people’s computers must be operated on, although it seems unlikely for individuals, companies and governments at the moment, it must be a not so difficult problem for the founders of the system.

It is understood from this that the raw material of the digital economy is data. Whoever recorded the data first belongs to that data. Blockchain is a candidate to become the world’s notary.

If data is the basic raw material in the new world order, the data of individuals, companies and states must be transferred to this blockchain-based system. They call it big data. Although covid-19 is put forward as the reason for going digital, it is actually the result.

During the pandemic process, the stock values ​​of digital companies such as Alibaba, Tesla and Amazon have increased by approximately 10 trillion dollars.

Artificial intelligence indexed robots will be a part of the new world order.

In this case, in the new world order, the most fundamental requirement of the digital economy is the redesign of all production processes, all products and marketing methods.

This is just one of the benefits of globalism. In fact, capitalism has begun to be eliminated, only in this transitional period, it is tried to soften the process by calling stakeholder capitalism.

It is inevitable that there will soon be big changes from production to consumption, from sales to marketing and advertising.

So what will be the new task of man in the digitalized world? Digitizing world needs digitalizing people. In other words, it is desired that people live in more cities. Because people living in rural areas may not be able to go online as easily and quickly as people living in the city, which is a requirement of the digital economy.

For this, mega cities with their own satellites and controlled by these satellites are planned. There is a planned transport from the countryside to the city.

So, what could be the negative developments in this digitalized world, which is also called the new world order?

First of all, humans and animals will be exposed to a terrible electromagnetic field. Most of the animals in the world die because of the damage caused by electromagnetic waves, people get sick.

In this new world order that is being tried to be brought, one-handed control and management seems to be the main target. So, in this new world order, there is no longer any place for nation states. So why do nation-states play into the hands of this system that brought their own demise? Because they don’t know what’s going on, they don’t even realize it. There are still governments and parties that have buried their heads in the sand in old-style goals and fights and are unaware of what is going on outside, and are worried about votes.

At the end of this process, there are forms of digital management. That is, digital governments.

What can those who do not want to loose their job or want to have a job do in the new world order?

First of all, I can say that everyone has started to learn to work from home during the pandemic. Companies saw how effortless and profitable it was. Most of the big plazas will be empty in the future because people will be working from home. Even companies will downsize. Hence, the values ​​of commercial real estate will fall by half in about ten years.

There will be logistics cities. In these cities, the products of large manufacturers will be stored. For example, if you order from Alibaba in the morning, your order will come to you before noon. Where? From logistics warehouses?

Houses will expand because people will start to prefer more comfortable and spacious houses with gardens, as they will work from home. Horizontal ones, not vertical buildings, will be more valuable.

Next is the registration of data to dna?