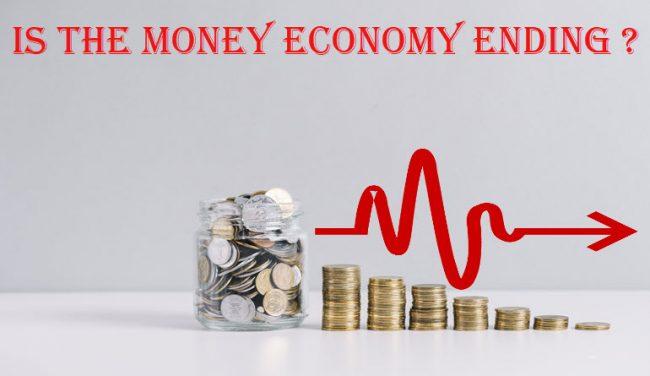 Is The Money Economy Ending ? The world economy is in a great economic and financial transformation. This transformation is from money economy to knowledge economy. Besides, this transformation has been accelerated by the great financial and economic crisis we are about to enter. Examining the cyclical processes that the economy has gone through is the first step to understanding and interpreting the current situation. With this crisis we are in, the redefinition of money and its original definition is one of the possible consequences. As a result, the crisis is expected to cause countries to issue their own digital currencies and rapidly move away from the reserve currency dollar. Thus, with the renewed form of money, it is predicted that the knowledge economy will change the economic order. It is possible for the world to evolve from a world where money is unipolar to a multi-polar, independent and national currency world. This can result in a change and restructuring of everything from economy to trade, politics, social life, and even the geographical borders of many countries.

The foundation of the money economy is capital. In this economic model, the central element is industrialization, that is, massively centralized production in factories. This centralization often brought about monopolization. As the capital grows over time (capital accumulation), mass and large-scale production, large-scale consumption, mass transportation, mass communication, collective armament and so on. It also gave birth to such elements within its body. It is understood that the money economy causes centralization in production, from the establishment of large factories to the industrial revolution, from the mass production of distributed and small-scale production in these large factories. This structure of the money economy has caused the social structure and social life to be shaped in the same direction.

All kinds of centralization slowed down the speed of work, while reducing productivity over time, made bureaucracy chronic. To give an example of the centralization of the money economy, as stated in the Swiss Federal Institute of Technology 2011 report, approximately eighty percent (80%) of approximately 40 million companies operating in the world are in control of 737 companies. We understand here that these 737 companies actually drive 80% of the world economy (MacKenzie and Coghlan 2011). Another important problem arising from the central structure of the system is the income distribution unfairness. For example, the income of 85 people in the world is equal to the total income of 3 and a half billion poor people (www.oxfam.org). The other two most important sectors in which centralization has become stronger are the media and banking sectors. For example, while approximately 50 companies were active in the media sector in the 1990s in the USA alone, this number has decreased to 6 in the last case. Likewise, this number decreased to 4 in the banking sector where approximately 40 banks operate. (www.statista.com). It seems that centralization is not an exercise in the monopoly of socialist regimes alone. As can be seen from the examples given above, centralization is inherent in the system of money economy. In the socialist system where the central authority is usually the state, economic decisions are naturally taken by the state, since the capital belongs to the state. One of the important indicators of this is the ratio of public expenditures to GDP, which is measured as a yearly total production value. This ratio gives an idea of ​​how much the state controls the economy, and in the world’s developed monetary economies, for example, 49% in Europe (www.ec.europa.eu/Eurostat), 42% in Japan, 40% in the USA, while communist 36% in Russia, which is one of the pioneers of the system, and 24% in China (Miller, Kim, and Holmes 2014).