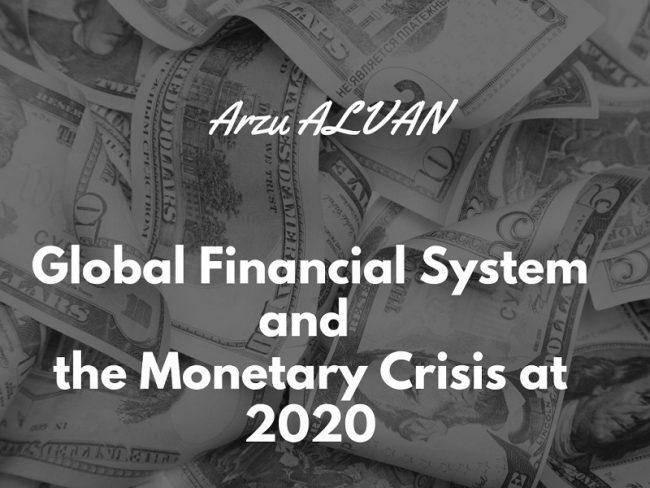 Global Financial System and the Monetary Crisis at 2020

In the current period, we are witnessing that the world is about to enter  the biggest monetary crisis faced in the history that accelerating to reach the turning point of the systemic transformation of  the world’s monetary and economic system. We have been experiencing the form of production and society organized  by money for nearly three hundred years, therefore, examining the cyclical processes of the wold’s economy is the first step to realise the situation. Accordingly, the aim of this study is to evaluate the causes and possible consequences of the current monetary and economic crisis, in which the system reset (Big Reset) has also begun to be pronounced.

The monetary system is an important component of the entire economic system. However, we do not understand the significance of this phenomenon today. We don’t ask ourselves how it works  and whether it is the best solution available or the right way to run things.  Therefore, in order to understand and interpret this crisis, which we can define it as a  oney and credit crisis, we first have to understand the economic system, money and industrial economy we have been living in for nearly three hundred years. When it is needed  to examine how economic, social and political factors have progressed in the historical process,  statistical approach  is necessary to look at the historical cycles of these elements.  Although monetary systems seem stable, they have actually changed periodically in the last century.  Especially in economic studies , when the historical cycles of statistical data are well analyzed , it can be more or less predicted what will happen in the future ,under similar conditions . In the historical process, it has been observed that the economic cycles shaped the living ways of the societies . Therefore, it can be said that the economic order is one of the most important factors that shape the life styles of societies.

The money and industrial economy that we live in, started in England in the second half of the 18th century, and by means of the Industrial Revolution, the scattered and small-scale structures of production systems began to be centralized on a large scale, this can be defines as a system in which money, ie capital, is the guiding factor.  Money and industrial economies started to decline in countries such as Europe, Japan and USA since 1950s. The 1950s are the years when digitalization started for the first time. When we look at the world economy, we see that money transforms from a limited (solid) form to an unlimited form and this is a cyclical process. It is observed that the generally crises occur in case of  the transition from limited money to unlimited money. In economies with strong industries and strong production, money is also solid and limited. Limited money is solid because money production cannot be continuously increased. Spite that the production in an economy does not increase or increases slightly, but  the amount of money increases more, the structure of the money will deteriorate in that economy and inflation is inevitable. This causes the social segment that controls money to become richer and  the wealth transfer, which we call resource transfer, occurs. This situation also results in unfair distribution of  income and increase of  direct / indirect taxes (Maloney 2008).

In line with the purpose of the study, in the first part, money economy and the structure of the current system will be discussed under the sub-headings of  limited and unlimited money, the gold standard and Fiat (fiduciary, representative) money. In the second part, the bond/stocks exchange markets, real estate markets, and partial reserve money system which are the leading indicators of  the probable biggest financial crisis of the world that we are about to face, will be examined.

Bordo, Michael D. . 2003. Gold as a commitment mechanism: past, present and future

Carlson, Mark. 2006. A Brief History of the 1987 Stock Market Crash with a Discussion of the Federal Reserve Response. In Finance and Economics Discussion Series Washington, DC: Divisions of Research & Statistics and Monetary Affairs, Federal Reserve Board.

Wilde, Robert. Aug. 27, 2020. “The Development of Banking in the Industrial Revolution.” ThoughtCo.