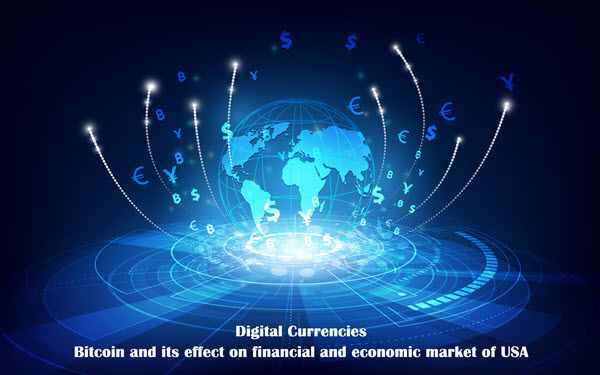 As mentioned at the beginning, the effects of bitcoin on the American financial and economic market are studied in this article. In addition, in the analysis, before and after the crisis were examined separately on the basis of the 2008 crisis.

In the study, in which the Bitcoin price was taken as the dependent variable, the variables thought to be explanatory were the ounce gold price, DXY Dollar index, Mortgage index, 10-Year Treasury Rate, Federal Reserve Index USA and 10-Year Bonds.

The model was simply created as follows:

The test results are as seen in the table.

Variables were examined on a daily basis.

Finally, we can run a constrained VAR model, which is VECM (vector error correction model), if the variables mean cointegrating, meaning they move together in the long-run association-ship. This model shows the term C (1)>> Error correction…… If C (1) is negative and significant (p value <5%), we can say that there is an Adjustment Speed ​​towards Equilibrium in two issues. There is long-run causality from independent variables to dependent variables.

See also  Real Estate Market On The Way To Crisis
Share on: